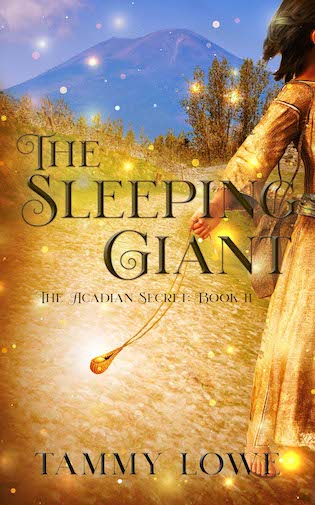 Synopsis:
When a tormented man begs 17-year-old Elisabeth London to travel back in time to save his life, she reluctantly agrees. Assuming Scotland is the destination, she ends up in Ancient Rome instead.
The good news is she finds the man; now a bold 17-year-old named Aquarius. The bad news is he’s an indentured slave, sentenced to death in the arena, and doesn’t even know her yet.
Elisabeth helps Aquarius escape and becomes an outlaw herself. Armed with her wits and his rock sling, the new friends are on the run from a relentless slave dealer, Rufus Leptis.

Elisabeth soon realizes she’s not here to save Aquarius from Rufus, but from the doomed city of Pompeii. Although trying to be brave, the thought of remaining in Aquarius’ swashbuckling world a minute longer than necessary is inconceivable.

At least, it used to be.

Before that darn, happy-go-lucky slave stole her heart.

The thundering sounds all around them seemed to fade into the distance as Elisabeth stood pinned against the side of the cliff. Her gaze darted up to the grassy overhang. There were only two ways off this ledge; the tunnel or the rushing river that would sweep them over the falls within seconds. About to hyperventilate, Elisabeth buried her face in David’s back. Every millisecond moved at an unbearable speed. She held her breath as the inevitable moment drew nearer. Their only chance would be if Rufus didn’t step outside of the tunnel, but that would take a miracle. David looked prepared to fight, but from the side of a mountain ledge with a giant of a man? That could end up a bigger disaster.

She pushed a pile of rocks aside with her foot and shuffled as far along the ledge as possible so David could step back and they’d be flush against the wall. When they heard Rufus grumbling, she knew he had to be near the end of the tunnel. Her leg muscles tightened. Elisabeth wanted to run, but there was nowhere to go.

He was so close.

She dared not look to see if he had walked onto the ledge. He would only need to step outside to see them.

What was that noise?

Elisabeth felt the color drain from her face, and then turned ever so slightly to look at the ground beside her.

She gasped, and the sound of her heartbeat thrashed in her ears. If anyone thought the situation couldn’t get any worse, they’d be wrong. Coiled at her feet, next to the dislodged rock, was a snake, looking as startled as Elisabeth. Her mouth fell open, repulsed, but unable to look away from the creature. 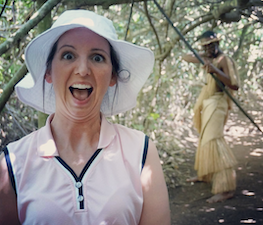 An adventurer at heart, Tammy has explored ruins in Rome, Pompeii, and Istanbul (Constantinople) with historians and archaeologists.

She’s slept in the tower of a 15th century castle in Scotland, climbed down the cramped tunnels of Egyptian pyramids, scaled the Sydney Harbour Bridge, sailed on a tiny raft down the Yulong River in rural China, dined at a Bedouin camp in the Arabian Desert, and escaped from head-hunters in the South Pacific.

I suppose one could say her own childhood wish of time traveling adventures came true…in a roundabout way.

5 thoughts on “{Book Blitz} The Sleeping Giant by Tammy Lowe”