Synopsis:
What if you lived another life?

A life you thought only existed in fairytales.

What happens when both worlds collide?

A silly accident puts Elle Worthington into a coma, and when she awakes, she can’t remember her name or anything about her life. She leaves the hospital and returns to a home that’s anything but ideal—her stepmother loathes her, her stepsister resents her, and her father’s a workaholic who’s rarely ever home.

She soon discovers that she is the head cheerleader and is dating Edward Kingsley, the golden-boy quarterback who’s madly in love with her. Everyone tells her how lucky she is to be with Edward, but for some strange reason, Elle is instead drawn to Rush Porter, her next-door neighbor—a brooding, reckless newcomer who’s too good looking for his own good! From the moment she sees him, he captures her attention and haunts her dreams, and he seems to know an awful lot about her.

When Elle goes to work for her eccentric aunt Adele who owns a chocolate shop, she begins to get a glimpse of another life—a magical life in which she was a simple peasant girl whose life changed forever the day she caught the eye of the prince. A girl who might have lived happily-ever-after had her heart not had other ideas.

She becomes trapped between loyalty and duty—betrayal and love, and a forbidden attraction so strong that it has the power to destroy her.

All is not as it seems on the surface. Dark forces are watching and waiting to claim what they deem to be theirs, and the fate of a kingdom rests in the hands of a girl who cannot remember who she is or where she came from.

“Careful,” he warned, helped her get seated. He sat down and turned to face her, his expression concerned. “Your ankle? Is it hurting?”

She reassured him with a smile. “It’s fine. Thank you.”

Relief settled over his features. He took her hands in his and brought them to his lips where he planted a gentle kiss. “My love, I seek only to make you happy.

Why did he have to be so good? Guilt stabbed at her as she looked into his golden eyes. He was so sincere … so kind … so handsome. She could almost convince herself that she could live the lie and be the doting maiden he believed her to be. He was a prince, destined to be a king. How easy it would be to simply accept his love.

Even as she thought the words, her heart cried out, Traitor! And she knew she could never escape her innermost desires, for it was not the fair-haired prince with his genteel manners but the dark-haired rogue with the sharp tongue and stormy blue eyes that tormented her dreams.

If Edward was the sun, then Rushton was the shadow forever crossing over her heart. She loved Rushton—loved him with a passion that consumed all else.

At that moment, she longed to be far away from the complex life of the castle. She longed to be a simple peasant girl again—a girl who’d long ago given her heart to an impulsive, hot-tempered squire. 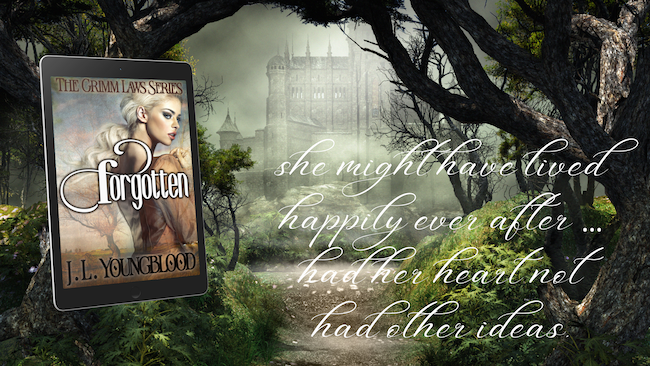 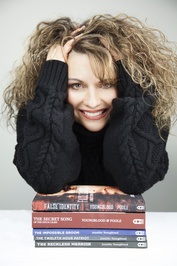 Jennifer Youngblood is a USA Today Bestselling Author of clean romance, sweet romance, romantic comedy, and romantic suspense novels. For as long as she could remember, Jennifer has wanted to be an author. In those rare moments when she’s not dreaming up another story, Jennifer loves cooking, spending time with family, and occasionally breaking away from her hectic life to take spontaneous trips to exotic and sometimes not so exotic locations. She couldn’t survive in a world without chocolate, good books, family, and friends.

One thought on “{Book Blitz} Forgotten by J.L. Youngblood”