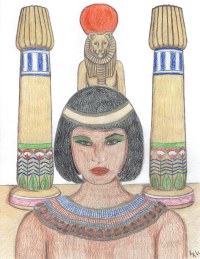 It’s been another strange beginning to the year. I feel I have been saying that for the past couple of years now. And why is the beginning of each year so rough, lately? Particularly when it comes to my health. I know I’m getting older, but every year, I feel like there’s something going wrong with my body. This year, it’s my GI system. All the tests have come back negative, which I’m grateful for. Especially the pancreatic test since my family has a history of pancreatic cancer. But really, I like one year where I didn’t have a medical issue to start the year with.

Anyway, you are probably more interested in knowing how my writing is going. Well, it’s been slow. No surprise there. Compared to other authors, who get several thousand words in a day, I feel like a sloth. But at least I know I’m also doing quality research as I write this novel. So far, I have 101 pages, or 36,664 words, written for my WIP—you know, the manuscript formally known as Anubis. Lol. I’ll be revealing the new title later this year, probably after the release of my short story, Dark Goddess.

Speaking of Dark Goddess, I have a beautiful cover to share! The reveal will most likely take place in May. I’ll post the sign ups when they are ready. The release for Dark Goddess is currently scheduled for August. Additionally, I’m putting together a writer’s report for the past five years based on data from my Business Expenses and Royalties Database. I’ll likely share a summary of that report here on my blog sometime in the late spring or early summer.

Meanwhile, I’m taking two statistics classes this semester. One is focused on linear regression and the other is focused on ANOVA tests. Midterms were the week prior to last, and I’m keeping my fingers crossed that I did well. I’ve also been attending several R workshops this semester. For those who don’t know, R is a free software environment for statistical computing and graphics. I’m definitely feeling more confident with the R language now than I did before starting the Data Analysis Graduate Certificate Program. Which is good.

Other than that, life has been quiet. Litten, my cat, is doing well. He went in for his annual on Wednesday. Hoping to travel again at some point. Even to local historical sites. But I’m waiting for my GI system to be more settled. I will post another update in the summer, and I’ll let you know if anything exciting happens in between. Until next time, thank you for your company! Have a great spring!