My name is Chloe and I am a Vampire Hunter.

The first Hunters were created from the union of Angels and the Mythological Greek Gods. Some of us were blessed with gifts which are intended to help us on our life’s mission … to kill Vampires.

However, it isn’t as simple as that. The world of the supernatural is growing and there are other kinds of creatures we have to hunt. Most of these other species are harmless, having lived in hiding among mortals for centuries. But others, they have set out to harm the human world and it is our job to stop them.

One Succubus in particular has taken the one person in this world who I would sacrifice my own life for … the love of my life.

I have no idea if he is dead or alive, but I am going to do everything I can to get him back. 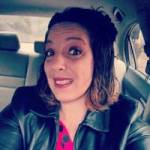 Jennifer Malone Wright is best known for her short story series, The Vampire Hunter’s Daughter. Other works include the follow up to The Vampire Hunter’s Daughter series called The Arcadia Falls Chronicles, The Graveyard Guardians series, and her vampire novel called Savior. Jennifer also co-authors a series called Once Upon A Zombie Apocalypse as well the Beary Tales series.