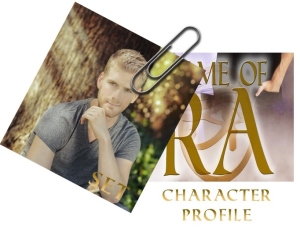 Power. Set is all about power. Even when he was a god and Ra’s personal guard, he craved it. It’s the one thing that could get him everything he wants. Well, almost everything. And almost will never be satisfying. The beast in his heart will always crave more. But once he has Ra’s secret name, there would be no stopping his endless chaos.

Clairvoyance. For Set, knowing another’s emotions and thoughts is one method of gaining power over them. But he takes even more pleasure in slipping into other people’s skins and living their lives through their eyes and actions. However, it’s also a living torment. Especially when watching another touch, kiss, and love what he feels is rightful his.

Satisfying his beast. Other than power, there are too things Set’s beast craves: blood and sex. And Set is all too willing to satisfy its needs, either doing the deed himself or forcing others to do it for him.

Insolence. Men should bow and worship Set. Woman should love him and do his bidding. At least, that is want Set believes. That’s why Seth’s and Natti’s defiance continues to enrage him. Seth should take more heed of his own god’s power over his heart, and Natti should tend to her new husband’s needs when he commands it. Yet neither mortal seems easily persuaded.

Being a Sāmiu-ka. A Sāmiu-ka is an incomplete being that must feed on ka—life energy—to survive. The downfall to this is that it makes killing more necessary in order to survive than a pleasure to give the beast in his heart satisfaction. Though not all is bad. Not once he has tasted the sweet nectar of life.

Being mortal. Though he still has the abilities and strength of a god, he despises the vulnerability of a mortal body. If he is struck down at any time, he would be returned to his prison in Duat, where he’ll likely never be able to set foot in the living world again, even as a Sāmiu-ka. 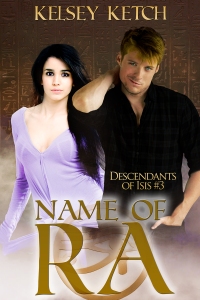 After being on the run from a psychotic cult for a week, Natara “Natti” Stone has finally come to realize she and Seth are the only two people standing between the Sons of Set and the secret name of Ra. Holding a part of the key that unlocks Ra’s power, they relocate to a more isolated location in the California mountains. While laying low, Natti becomes even more determined to understand her mother’s bloodline and her blessing from the goddess, Isis. But when she starts seeing the truth behind her destiny, she begins to doubt her role in the events that are about to unfold.

Then the unthinkable happens . . .

All Seth O’Keefe wanted was to get Natti as far away from his father and the Sons of Set as possible. Unfortunately, after hearing of Natti’s destiny from Isis’s own lips, he realizes they have bigger issues to worry about. Especially when one stupid slip up leads the god of chaos himself straight to their doorstep. Now Natti is the god’s prisoner, and Set holds the key to unlocking the location of the secret name of Ra.

Can Seth save Natti from her own destiny and thwart the demented god’s rise to power?