Welcome to the New Adult Valentine’s Promo! This week you’ll find all these wonderful New Adult titles for 99 cents or less out on Amazon. Be sure to read up on each title and check them out. ❤ 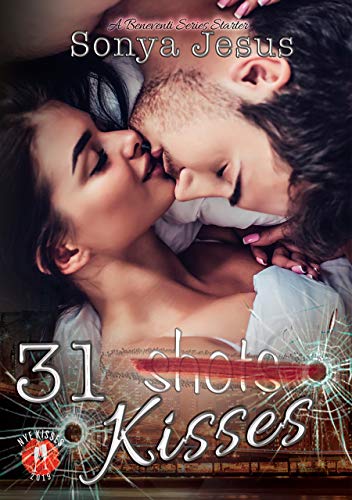 Kelsie Salvatore
After his right-hand man, my father, was murdered, Costa Beneventi took me in and adopted me. He gave me a home when my life was falling apart and promised me vengeance when my heart was breaking. I’m not the little mafia princess my dad raised anymore. I’m the assassin the Beneventis created. The mafia might have saved my life, but it sacrificed my heart. With every life I take, there’s a little less of me left… The only thing keeping me from losing all of myself is #31 on the Beneventi hit list.

Hayden Masters
The Beneventi family killed my mother in front of me, put a hit on us and savagely killed my father, incriminating me. They orphaned me, tore me away from my life, and forced me into an endless lifetime of pretending to be everything I’m not. After all the fake identities and countless friends I never made, I’ve finally set down roots. Now, I’ve grown attached to this new life—to these new people—but I messed up. As long as I have the one thing that can bring the Beneventis down and clear my father’s name, no one is safe around me, especially not the girl I have fallen for. 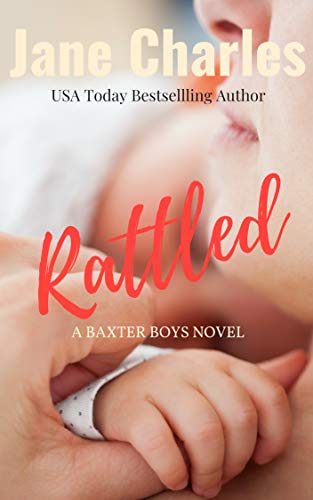 Alex Dosek knows that Kelsey needs more than a tattoo. She hoped to ink the memory of the daughter into her soul, but that wasn’t necessary. The memories were already there.

Only three things matter to Kelsey Fry: an envelope full of memories, a pink box full of hope, and a well-planned future. But the past has a way of catching up, and Kelsey’s past reaches out with a phone call.

Who would have thought a house full of boys would be a refuge for Kelsey? The Baxter boys come to Kelsey’s rescue and all sometimes fate does intervene. Or friends do. Call it what you will.

Karma and balance. Prices are paid.

The only thing left for Kelsey is Alex.

The only thing Alex wants is Kelsey

*Recommended for adult readers only due to adult language.* 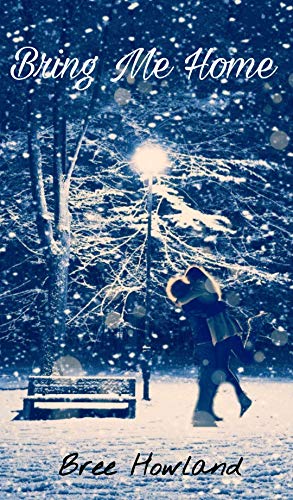 While Kailey was growing up, she was sure of two things:

1. She wanted to devote her life to helping animals.
2. She would never be without her best friend Cole Martin.

When her father had them pack up and move two provinces away two years before graduation, it felt like the rug was pulled out from under her.

Now she’s in college, finally pursuing her interest in veterinary medicine. Even better, Cole is at the same school. But Cole has changed and so has she. Gone was the innocence of childhood friendship and easy conversations.

Between new friends, unexpected feelings, and a road trip, Kailey’s first year in college will be more eye opening than she ever imagined.

*all proceeds are going to Fortunate Felines Rescue* 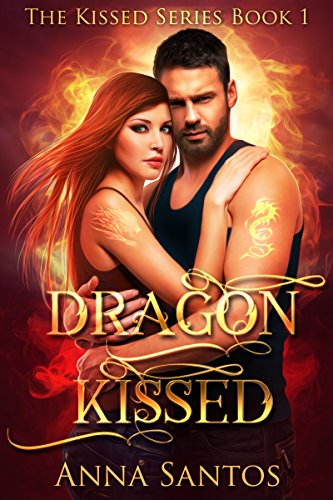 Nothing will stop him from protecting her.

Barbara is on the run. Her brother sends her a powerful artifact with instructions to deliver it to a dragon-shifter in one of the coldest places in the world. With gunmen coming after her, she needs protection.
Arriving in Alaska, Barbara finds Jason’s friend, but she’s received at gunpoint.

Kayden and his twin brothers live a peaceful life. Being the few last dragons in the world, they need to stay away from the spotlights and trouble. But trouble is what finds Kayden in the form of a stunning red-haired who claims to be the sister of one of his Navy friends—Jason Kent.

Despite the attraction, Kayden wants nothing to do with Barbara’s problem. Yet honor forces him to give her shelter and a place to stay until the blizzard ends and she can return to where she came from. He just doesn’t count that she’s his fated mate and a touch of their lips bonds them forever and turns him into her protector.

This is a great standalone paranormal dragon romance with an HEA. No Cliffhanger, no cheating, and great twists. This story is steamy, sexy, and a page-turner. Grab your copy and start reading it today. 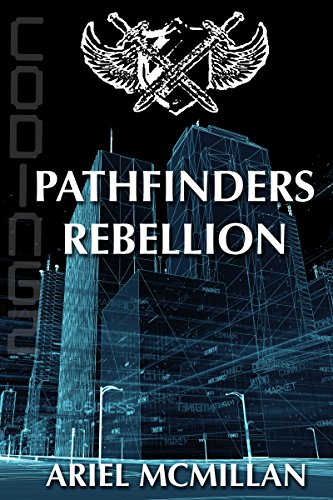 Quest Landing is celebrating her sweet sixteen in the year 2055. She’s a normal teen who lives for gaming and is on the honor roll. The biggest monopoly in the country is releasing a ground-breaking virtual reality game called Universal Gaming. The company is Codingz. Quest has been a diehard fan of the company’s games and his been following their progress as a company for as long as she can remember until she meets a strange teenage boy. He’s expressionless, quiet and very odd. The more Quest gets to know him, the more she learns about Codingz and the other worldly people she fights to help. She sets out to stop Codingz with her friends. This hopeful group of teens will stop at nothing to defeat Codingz.
Sixteen years earlier in 2039, the U.S. suffered a major economic depression after a massive technological boom. The rest of the world was struggling to keep up with the changes and the cost of living soared. Some blamed technology and others wanted compromise and a small but influential group welcomed and funded the new age. After the country scraped its way out of the depression, the government decided to break up the U.S. into districts so each political group could dictate their side of the country in a last ditch effort to create harmony between citizens. These districts separated the rich from the poor and the middle class hung somewhere in the balance. Years went by and people began to let large corporations make all the decisions. 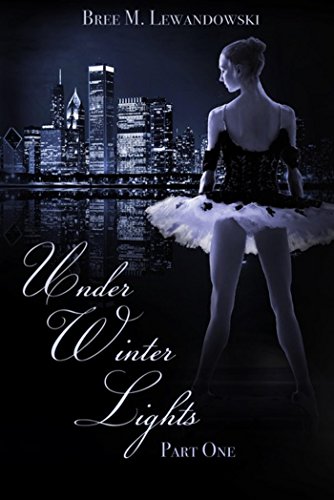 Under Winter Lights: Part One

Ballet is Martina’s world. Always has been. But underneath the stage lights, behind the curtain and choreography is loneliness.

On late nights, after rehearsals, in her small apartment, Martina wishes hers wasn’t the only shadow on the wall.

But Chicago winter winds are swirling and Martina’s music box world is tipped upside down when she is cast as the lead in the company’s next production. And if that isn’t enough…

He’s the “wolf of the Mariinsky Ballet.” A rebel with gray eyes. Maraav Levondovska is a brilliant dancer and Martina can barely admit to herself how watching him take the stage sets her imagination spinning.

But company director Alan Jung, the man crippled by the art he loved, seems to find new life in his star ballerina…

Three hearts in a dance made for two. A world made of music and motion. Come step Under Winter Lights: Part One! 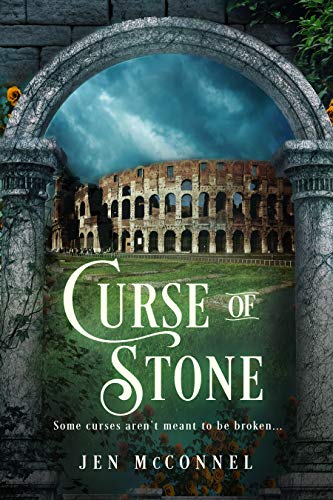 Some curses aren’t meant to be broken.

Julia is depressed. Ever since her mom died, it’s been hard for Julia to enjoy life, even when she’s spending a year studying in Rome. But when an ancient curse attaches itself to her, Julia realizes that she isn’t ready to give up. With the help of Fernando, a too-charming-for-words guy from her art history class (and the heir to a black market antiquities business), Julia feels like she might have a second chance at everything. But time is running out, and the curse makes it a matter of life or death. Can Julia and Nando break the curse, or is it already too late? 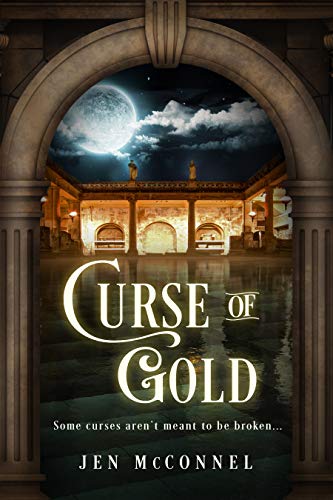 Some curses aren’t meant to be broken…

When Riley moved to London to get her graduate degree, she never thought of herself as dangerous. But when a guy she loves drops dead, Riley starts to believe in the family curse. Her eccentric grandmother insists that it’s up to Riley to break the centuries-old curse that has plagued the family, but all Riley has to go on are Gran’s cryptic remarks and a little bit of mostly awful luck.

Her luck changes for the better when she meets Tom, a scholar with a treasure-hunting hobby who knows more about Riley’s curse than either of them realize. Despite the risks, Riley is drawn to Tom, but her curse prevents her from acting on the growing attraction. Will their combined love of esoteric history be enough to break the curse, or will Riley remain deadly to anyone who falls for her?

Graphic by TheSocialContentShop (Etsy)
Racism, climate change, and violence are in the past. The new world values respect and collaboration with others. But are there secrets lurking in the shadows of the Land of Hope? What truth about the past is being covered up?⁣
Buy Links: books2read.com/DarkReflections
Litten has found a new place to sleep.
Have a cheese and pickle toastie and a cup of warm tea with this hauntingly good story.
Woke up to snow this morning! 😍
Loading Comments...
%d bloggers like this: