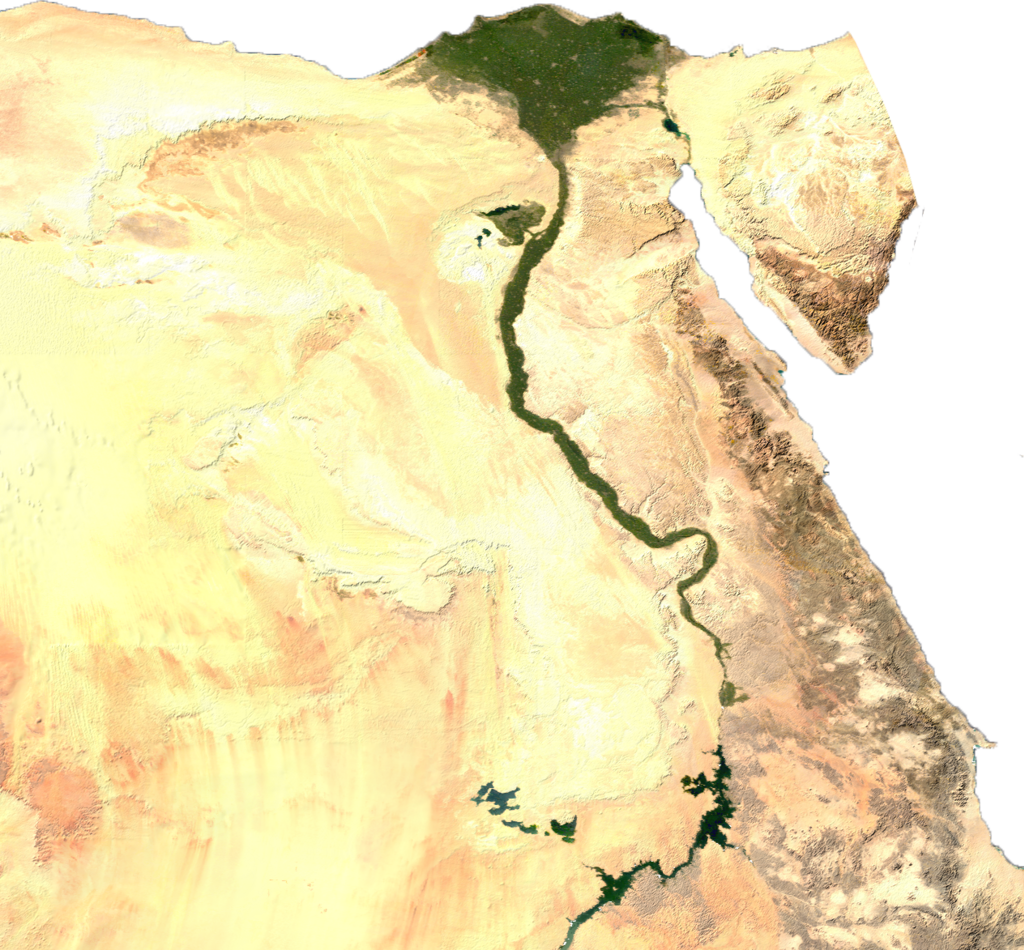 Ancient Egypt existed in a landscape of extremes. Around 5,000 B.C., climate change turned the Sahara grasslands into a vast desert, and nomadic hunter-gatherers were pushed toward the Nile Valley.

Through the Nile Valley flows a river that runs 56 miles long before reaching the Delta. There, the river traverses into seven branches. At the beginning of the summer season (June thru October), rain falls in central the Sudan. A few weeks later, the summer monsoon in Ethiopoan’s highlands cause the rapid swelling of the Blue Nile River and the Atbara. These sources combine and overflow the Nile’s banks of the end of July, reaching their highest point in September. The rich silt deposits left behind after the river receded are thick and black, inspiring the Egyptian’s name for their country, Kemet (Black Land).

The period of flooding released a huge labor force from work in the fields and allowed the people to work on building temples and monuments. By November, farmers would return to cultivate the land. The fertile soil provided two heathy harvests a year. The major crops being wheat, barley, and flax. The ancient Egyptians also produced grapes for wine. Nilometers, measuring devices that took the form of marked steps, were used to record flood levels. A rise of less than 12 cubits predicted hardship. But a rise of 16 cubits predicted a plentiful harvest. The Nile also supplied protein by the means of fish and waterfowl, ivory from hippopotami, papyrus from reeds, and mud for building materials. It was also a hazard, filled with dangerous species such as crocodiles and hippopotami.

Around the valley, barren desert cliffs glowed pink at dawn, giving the desert the name Deshret (Red Land). The ancient Egyptians feared the treacherous landscape. It was searing hot by day and freezing cold by night. A waterless place filled with wild animals, fugitives, and nomads. However, it also provided Egypt some of its most precious treasures, including amethyst, turquoise, copper, limestone, sandstone, granite, and gold. It also helped make Egypt an impregnable fortress, protecting the Egyptian people from outside threats.

The Nile Valley no longer floods every year, due to the Aswan Dam, making a huge difference to Egypt’s environment.