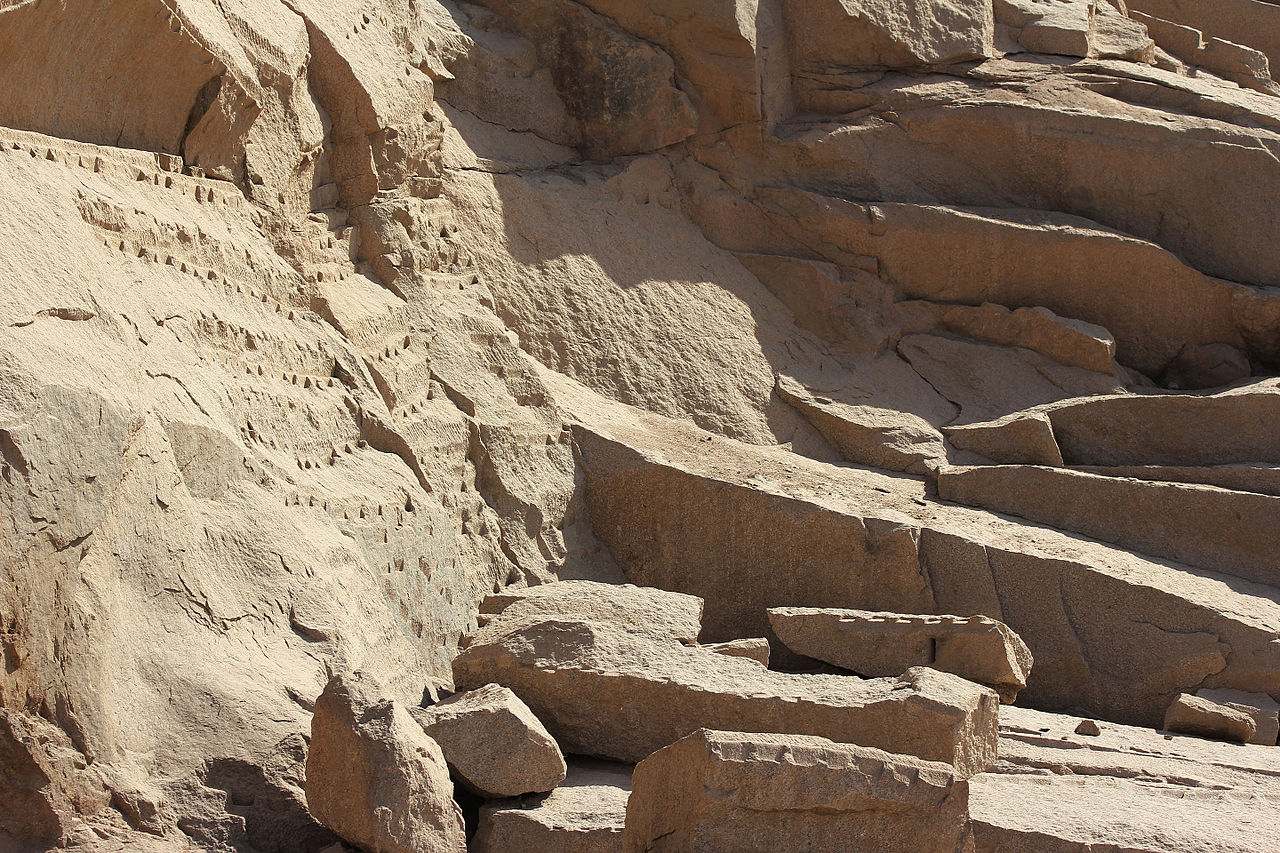 Without stone quarries, there would be no amazing pyramids or exotic temples. Egyptians had been quarrying stone as early as 40,000 years ago, their stonemasons mastering even the hardest stone. The most harvested stone was limestone; however, there were quarries for red, grey, and black granite as well as diorite. From these quarries, the ancient Egyptians carved large stone obelisks and statues out of a single uncracked block and transported them miles to be worked on further. To remove the stones, wooden wedges were driven into the top of the rock face and soaked in water, expanding and splitting the rock.

The best example of the quarrying and working techniques of the New Kingdom is located in Aswan City. The granite quarry located on the east bank of the Nile contains a large, unfinished obelisk that was not completed due to some latent cracks. The unfinished obelisk dates to the 18th Dynasty and measures nearly 138 feet in length. From what has been unearthed, laborers first removed the weathered layers of granite and excavated a trench that marked the shape of the obelisk. From the size of the trench, it could contain around 50 workmen at one time. All of which would be equipped with hammerstones for the rough stages of quarrying as well as several picks for the finer work. Once the trench reached the necessary depth, the workers would gradually undercut the block. Finally, the obelisk would have been pushed out horizontally and transported by the Nile to it’s final destination.