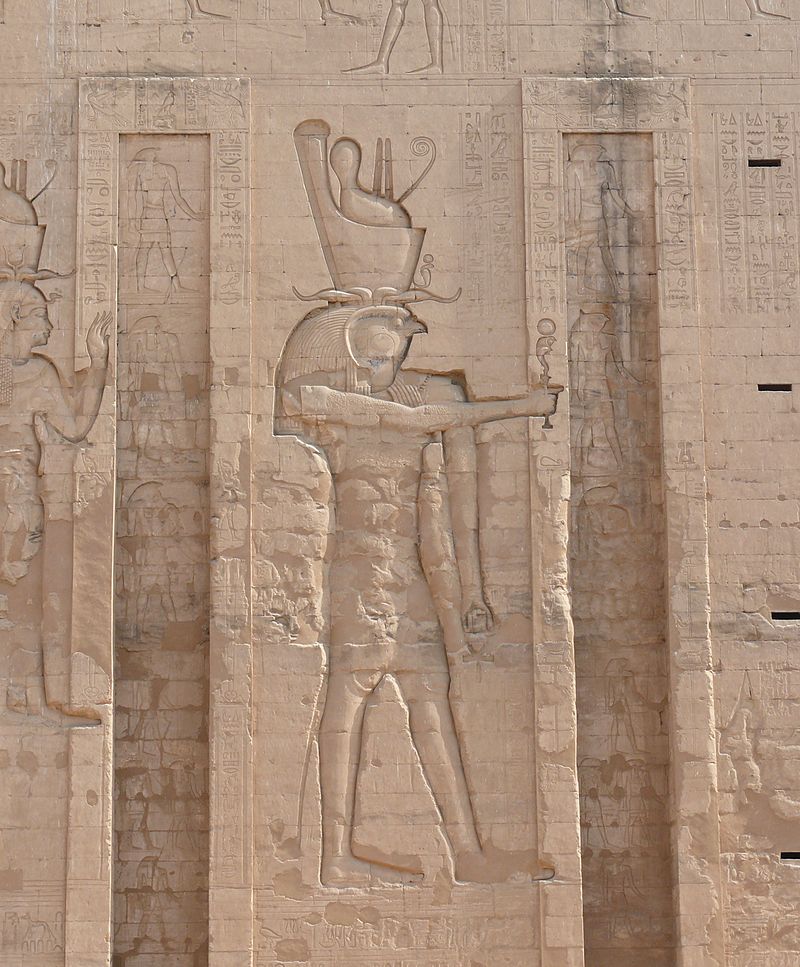 Horus himself appears only once in my series, Descendants of Isis; however, the Eye of Horus plays a major role within the novel. The name Horus translates into “he who is above” or “that which is above,” and was shared with, at least, fifteen major gods in Egyptian mythology. The aspects of Horus I will be referring to will be in relation to Horus, son of Isis, or Horus the Child.

Depicted as a falcon, Horus wore the crown of Upper and Lower Egypt. In his anthropomorphic form, Horus appears as both a man and a child, wearing the sidelock of youth. He began as a god of war and a sky god associated with the sun as well as the moon. He was once considered the son of Ra, but like Anubis, later became the son of Osiris. He married the goddess Hathor; was the father of the Four Sons of Horus; and was always considered the opponent was Set—once his brother, then later became his uncle.
As the protector and patron of the pharaoh, the pharaoh was often considered the embodiment of Horus while alive (and the embodiment of Osiris in death). This relates to the Osiris mythology, where Set, Osiris’s brother, killed him and took over the throne of Egypt before Horus was born. When Horus reached manhood, he decided to avenge his father’s death and challenged Set for the throne.

There are several different versions of the battle that occurred between Set and Horus. However, one of the more consistent among these stories was that Set had ripped out Horus’s left eyes during this challenge. The Eye of Horus became a powerful protection amulet, symbolizing strength and perfection, and when broken into pieces, represented the six senses including thought and a series of fractions. The struggle between Horus and Set lasted 80 years, and finally ended when the gods sided in favor with Horus. As pharaoh, Horus restored the policies of his parents, rejuvenating the land, and ruled wisely with Isis and Nephthys.

4 thoughts on “Horus (Heru), God of the Sky and Kingship”