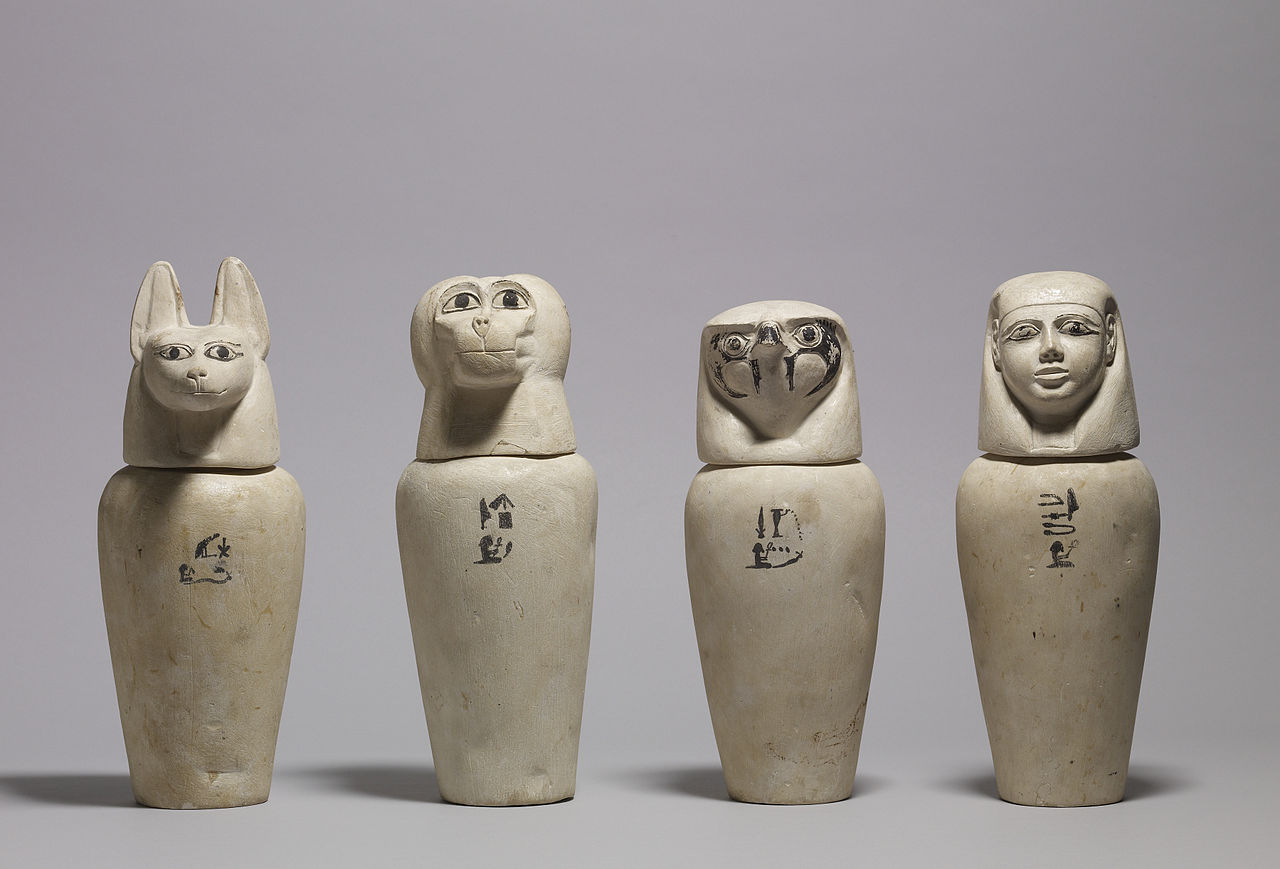 Canopic jars were used to separate and contain the internal organs of the deceased. These were placed in the burial chamber with the sarcophagus. During the mummification process, ancient Egyptians went to great lengths to ensure the preservation of the entire body for the afterlife, particularly the vital organs. These organs (the lungs, liver, stomach and intestines) would be removed from the body, treated with natron, anointed with oils and perfumes, and wrapped in linen. They would then be placed into canopic jars for safe keeping.

Ancient Egyptians strongly believed the deceased required their organs in order to be reborn into the afterlife. During the Old Kingdom, canopic jars were stone vessels with flat lids. Then, in the First Intermediate Period, the four jars each acquired a human head stopper. Finally, from the late 18th Dynasty onward, the stoppers were shaped into the heads of the Four Sons of Horus: Hapy (baboon-headed god), Imsety (human-headed god), Duamutef (jackal-headed god), and Qebehsenuef (falcon-headed god).

By the Twenty-first Dynasty, the jars were no longer functioning receptacles, but purely symbolic. The internal organs were instead packaged and returned to the body for burial. The Four Sons of Horus were also often inserted into the body together with the organs.

In the Descendants of Isis, the cult, the Sons of Set, continues the use of canopic jars in their funeral ceremonies. However, they have a fifth canopic jar with the head of Set on the stopper. This canopic jar is meant for the heart—an organ the ancient Egyptians typically kept within the mummified body to await Osiris’s judgment. As a group working against Osiris, the Sons of Set do not believe in his judgement, for their hearts are already heavy with sin. Therefore, they give their hearts directly to their god to do as he wills.