Today, I am honored to feature an interview with author A. H. Amin, author of the Psychs Series! 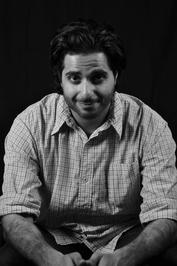 A. H. Amin was born in Iraq, and he had lived most of his life in Kuwait. He studied dentistry in Emirates in his first years and then he continued in Egypt.

He had first came across to his talent when he had met a group of students in Emirates who were discussing the making of a movie. After seeing how his ideas had impressed them, he started to take a little intrest in literature.
He started finally after he came up with the idea of a new fiction thriller book, Psychs, which was his first published book, after he received good criticism about his new idea.

At present he continues to write the Psychs’ series and planning for the next one.

Welcome to Ketch’s Book Nook, A.H. Amin! Let’s start the interview with you tell us something unique about yourself.

Well if you ever happen to spot me in a crowd you will find me as the one zoning out… I’ve always had an imaginative mind because I was born as an expatriate, moving from one place to another and hardly retained the friends I acquired. Eventually, this turned out to be good practice for my writing path. I also play the piano and I like drawing too… oh… and I am a dentist, thought I should keep that information about me for last, just in case you have a phobia of dentists.

No phobia of dentists here. 😉 But on the subject of you being a dentist and a writer, how do you balance the time between two careers?

I have to say, it was not easy, but eventually I developed a system in which I could stabilize that equation, and in this day and age with the digital world intertwining with the real world, doing that have become possible, not easy… but possible. I plan my writing first before I start the actual work by writing notes of each chapter, and then I try my best to write 1000 words per day at night, more than a thousand words on the weekends. I then filter what I wrote after the first draft 10 pages at a time. I try to separate the life of dentistry from the writing life, but when it becomes hard to do so I give writing a break, although it will be all I think about in the end.

Was it always your dream to become a writer?

In a way, yes. I have always been fascinated by the idea of creating a story, but I have never pictured myself doing the actual work, and I mean being someone who sits down and actually write. I thought I would make a movie instead of a book. So the answer is, yes, it was always my dream to be a story teller.

What inspired you to write the Psychs series?

I wanted to create something unique and out of the norm where I am from, because in the fiction thriller genre, the types of stories, whether they were books or movies, they don’t put much thought into it in the middle east, and that is surprisingly strange coming from the world that brought books like One Thousand and One Nights, Aladdin, Sinbad and Ali-Baba. I think that that spirit got diluted with time and I, among other unique authors, are trying to bring that spirit through our writing and hope to inspire others like us to share their part of creativity.

You use a unique method when it comes to weaving Psychs’s timeline and perspective. On the one hand, we follow Hassan in a first-person account during his younger years in a more modern timeline; on the other, the reader gets to see an omnipresent third-person view of events that are occurring for Hassan ten years into the future. What made you decide to take these two points of view and what was it like to write them?

The reason behind this was because I didn’t want to write the actual timeline when the scenes change, I wanted the reader to know that by just noticing the change in the writing style, as if he or she is stepping into another story, as if they are reading two books at the same time. Writing them was a very interesting thing, because when it comes to the first person, in which we follow Hassan through his younger years, it felt like writing my memoir, because even though the story was fiction, the feelings are real and based on my personal experiences in my college years, it felt more personal than writing them in the third person.

If you could be any one of your characters, who would it be and why?

Well it is not who I would want to be that matters, it’s who I already am… though each character has a part of me, I would say that Adam Goldfish have had the largest share. Creating Adam was not easy, and I had to recreate his situation, I even sat for hours in my room, pulling my hands inside my shirt just to imagine how it felt like to be inside a prison without hands. I like Adam in this book because he really doesn’t give up, he is a hard headed person… like me 🙂

In Psychs, we get the chance to meet and get to know some interesting secondary characters, including Adam and Elizabeth. Will Hassan be meeting these characters again in the second novel, Iblis, or any future novel in the Psychs series?

Yes… he will, and sooner than you think… that is all I have to say.

What are your future goals for the Psychs series, and what other novels are on your writing wish list?

The main books concerning the Psychs series are four. I am planning on releasing spin-offs too, one of them is already out there for free, Psychs 1st, which follows Hassan on a path where he finds himself in doubt about the choices he made for his life. Another novel I plan to release, hopefully this summer, is Kima, an inspirational story based on an actual event that had occurred in South Africa in 1928, following two kids who meets a mysterious woman with an unbelievable story to tell. I am also working on a comic book series which I am personally illustrating, the first issue will be released soon, marking the first of 26 to come.

Tell us about favorite place to write? What makes it your favorite?

Any quiet place where I can set my laptop on is a good writing environment for me honestly. But writing ideas, collecting data, and planning the chapters events… in other words, the actual thinking, is something I like to do in a library. It feels as if I am absorbing the knowledge from the books around in an osmosis way, it helps me think clearer.

I don’t have a specific genre honestly, but I like the books that have something for everyone. Like if it was a romance story, I’d like the character to be a lawyer for example whom her mother is the victim and the opposing council is the one she ends up with… hey! I think I just found my new idea 🙂

I prefer warm weather, I like sunny days and clear blue skies, it is more relaxing to me. The only thing I like about cold weather is wearing jackets.

I have to agree. Thank you, A.H. Amin!! I should be receiving my paperback of Iblīs here shortly, and I can’t wait to read it. Readers, be sure to check out A. H. Amin’s thrilling series for yourselves. You can purchase his novels in e-format and/or paperback using the links below. 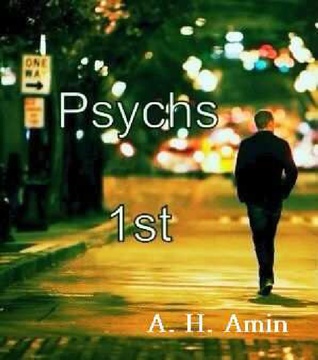 Psychs 1st’ is a spinoff from the ‘Psychs series’ that tells the story of young Hassan, a guy with eight ghosts connected to him by the tragic event of his birth. He decided to visit the United States in an effort to put closure to 7 of the ghosts by visiting their families and give them letters with a fake story of how he got them, only to discover that he is there to do much more than that. 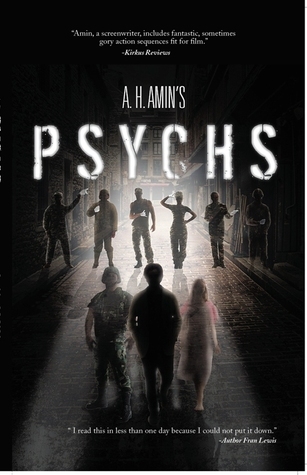 It started with a feeling, followed by a realization, then ended up into a future. All that started by the tragic event of his birth and revealed by a near death, and ever since, he had never been alone. Sequential events started to occur in two cities, Dubai and Abu Dhabi, escalating into chaos. At that point, he finds himself in an enigma he’s not aware of the cause. Using his miraculous gift, which gives him knowledge and guards him, he will be placed in that chaos to try and figure out the truth, and for that, he is being marked. In these perilous times, he can only hope for a miracle other than the one he has. 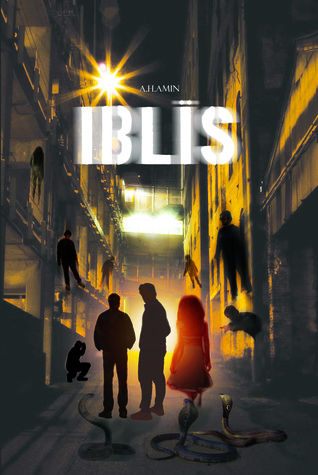 With no more options to venture through, Hassan will be left with only one choice; to flee and start up a new life, leaving all the ties that have braced his entire being. But some ties are too tight, when severed; it will change his balance and force him back to face a tragedy.
Following his leads, Hassan will find himself roaming the streets of London for reprisal. Even with eight spirits by his side, which are connected to him by the tragic event of his birth, he will feel outnumbered, going against the Minerva Group and its limitless arsenal of agents and brutes. Hassan will desperately try his best to stay out of their reach until he finds a way to cut his losses short.
But being too deep in the belly of the beast, he may end up losing more; his life, or even worse… his sanity.

One thought on “{Author Interview} A. H. Amin, Author of the Psychs Series”