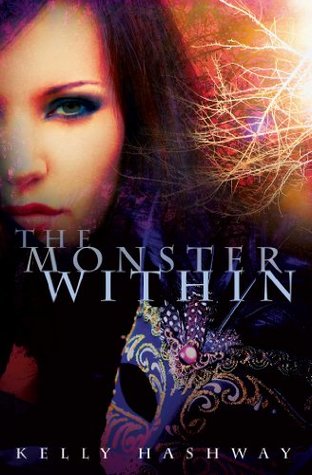 When I sat down to write The Monster Within I felt awful for Sam. Here’s this poor girl who dies of cancer at seventeen, only to be brought back as a killer. She can’t catch a break. But the truth of the matter is that Sam has this darkness inside her—her inner Hyde, and she’s powerless against it. When it comes to surviving, her monster takes over. She’ll kill anyone near her, and she knows it. Trying to make the reader sympathize with Sam while still showing her as a killer wasn’t easy.

I love Sam, but I knew others would see her as a murderer because she is one. I had to focus on the force compelling her to kill while still showing her remorse for what’s she’s become. Check out this scene right after Sam claims her first victim:

I stared at his wrinkled form for a moment, unable to believe what had happened. My hands shook. I turned them over, examining both sides, horrified that I had somehow ended this man’s life with my bare hands. I wasn’t sure how it had happened, what I’d done. All I knew was I was to blame. I was a killer. The sound of the bell above the convenience store door brought reality slamming back to me. I raised myself up in the back seat to look out the window. Ethan was walking back to the car with a bag in one hand and a tray with two cups of coffee in the other.

I couldn’t stay here. I couldn’t let Ethan know what I’d done. I scrambled across the seat and out of the car, keeping low so Ethan wouldn’t see me. As he fumbled with his keys, I ran around to the side of the store. I took a deep breath and patted the front of my dress, trying to regain my composure. Stepping out from the shadows, I called Ethan’s name. He looked up at me in surprise.

“I had to use the bathroom.” My voice shook as I motioned over my shoulder, hoping he hadn’t noticed the bathrooms were inside the store, not around the side of it.

He narrowed his eyes at me. “You left your door open.”

“Yeah, sorry. It was an emergency.” I got back in the car and helped him with the bag and coffees, trying to push the image of the dead man out of my mind. “I guess my body is functioning properly.” I forced a little laugh, but inside, I was crying, crying for the man I’d killed.

Ethan smiled and leaned over to kiss me softly on the lips. “I told you. You’re just fine. Completely you again. Everything is functioning exactly as it should be.”

Then why had my body given out on me? Why had I felt like the life was draining out of me until… I wondered how long it would take someone to find the man slumped in the back seat of his car. If I was normal again, alive, then how had I killed him? Drained the life out of him?

Sam obviously feels awful for killing the man who was only trying to help her, but she does what she has to in order to cover her tracks. She refuses to let Ethan know what’s happened to her—or maybe that’s the darkness inside her compelling her to hide the monster she’s become. I’ll let you be the judge.