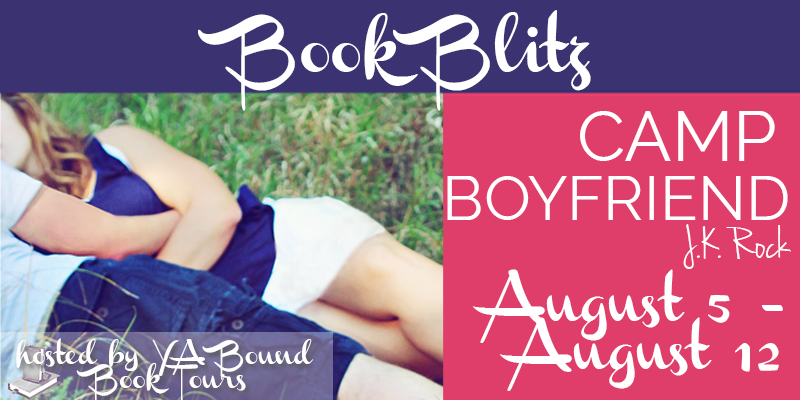 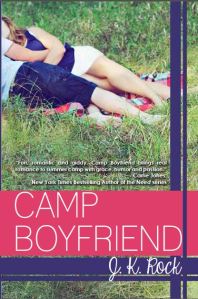 The summer of her dreams is about to get a reality check.

They said it couldn’t be done, but geeky sophomore Lauren Carlson transformed herself into a popular girl after moving to a new school halfway across the country. Amazing what losing her braces and going out for cheerleading will do. Only trouble is, the popular crowd is wearing on Lauren’s nerves and she can’t wait to return to summer camp where she’s valued for her brain instead of her handsprings. She misses her old friends and most of all, her long time camp-only boyfriend, Seth. This year she intends to upgrade their relationship to year-round status once she’s broken up with her new, jock boyfriend, Matt. He doesn’t even begin to know the real her, a girl fascinated by the night sky who dreams of discovering new planets and galaxies.

But Matt isn’t giving her up without a fight. As he makes his case to stay together, Lauren begins to realize his feelings run deeper than she ever would have guessed. What if the guy she thought she was meant to be with forever isn’t really The One? Returning to Camp Juniper Point was supposed to ground her uprooted life, but she’s more adrift than ever. Everything feels different and soon Lauren’s friends are turning on her and both guys question what she really wants. As summer tensions escalate, Lauren wonders if she’s changed more than she thought. Will her first big discovery be herself?

“Who needs a cabin, when we can be alone like this?”
He cradled my face and lowered his mouth. His lips began to move incrementally along my jawbone. We were very alone out here, more so than we’d ever been before. Back at Turtle Creek, there’d always been friends nearby and a curfew hanging over our heads. Now? The possibility of being together was all too real.
“Matt,” I breathed around the catch in my throat, knowing we shouldn’t complicate things between us. Especially when I’d only promised him four weeks.
Tough to remember when his hungry lips met mine. His arms tightened around me and his fingertips ran through my hair. My lips parted under his, my hands trapped between his chest and mine. Underneath my palms his heart drummed.
His hands moved forward until he cupped my face then pulled away. He made a soft, ragged sound as he gazed down at me.
“God, you’re beautiful,” he murmured, eyes more intense than I’d ever seen them. My pulse raced when his lips drifted down to my clavicle and along the neckline of my shirt. His hands skimmed across my back, making me shudder in a way that had little to do with the water temperature. When his strong fingers circled to the front and rubbed my ribcage, my body tingled in pleasure.
And yeah, I was sending out the wrong message. Trying to shake off the feelings, I grabbed his hands and nudged him away. I treaded water and tried to slow my breathing. Matt looked like he’d run wind sprints.
“Too much?” he asked, still the southern gentleman despite the wicked gleam in his eye.
I nodded, wanting to say more but needing time to puzzle things out. We stayed out as long as we dared, and we needed to be in our beds before our counselors got back from their meeting.
Back at my cabin, I just barely beat Emily when I slipped inside. My friends might have given me the third degree except that our counselor was right behind me and we all had to fake sleep since it was well past curfew. Grateful this once for the early bedtime, I dried off, put on sleep shorts and a tank, and snuggled under the covers. I turned over and pounded my pillow, Matt’s face intruding every time I tried imagining Seth’s.
Who knew I’d have a First Kiss of Camp with two boys? Or that they’d both confuse me so much. I’d thought my feelings about them were clear before I came here. But Seth surprised me by letting me go so easily that it hurt. And Matt had given me a few surprises too, forgiving me when I didn’t necessarily deserve it and fighting for me like I was more than a nerd masquerading in designer clothes.
As my eyes drifted closed, Seth’s sun-tipped curls and lightly freckled face finally came into focus. He’d want to know what I decided when he came back and wouldn’t like my answer. I’d done nothing wrong tonight, but I couldn’t stop feeling like I’d betrayed him—us.
I might have had a FKOC with both guys. Now I needed to figure out which one would have the last. 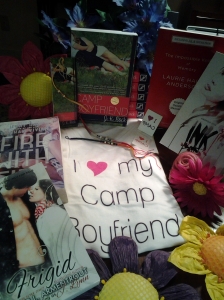 J. K. Rock is the writing partnership of sisters-in-law Joanne & Karen Rock. Separately, they write adult romance. Together, they dream up Young Adult books like CAMP BOYFRIEND, the first in a three-book series. The summer camp stories continue with CAMP PAYBACK (4/14) and CAMP FORGET-ME-NOT (8/14), plus bonus free novellas in between stories. Visit http://campboyfriend.net to learn more about the series and the free prequel novella, CAMP KISS, which you can download here.

Buy Links: https://books2read.com/DITheJourney
So many projects. Lol. Did finish my concept art for my secret project. Also I have really been enjoying reading my oldest novel, Daughter of Isis. And I nearly done writing another chapter for my WIP, Lost Souls.
What happens in Oasis, stays in Oasis.⁣
#ReadersQuestion / #WritersQuestion: If you could retire today, what would you do with your free time?
Happy Book Lovers Day!
From the moment Vivi Vanderloven set eyes on Trace Linton, she knew she wanted him. Getting him is another thing altogether. ⁣
Loading Comments...
%d bloggers like this: