Today, I am honored to feature an interview with author Rachel Harris, author of the My Super Sweet Sixteenth Century Series!

As a teen, I threw raging parties that shook my parents’ walls and created embarrassing fodder for future YA novels.

As an adult, I read and write obsessively, rehash said embarrassing fodder, and dream up characters who become my imaginary friends.

When I’m not typing furiously or flipping pages in an enthralling romance, you can find me homeschooling my two beautiful princesses, hanging out with my amazing husband, or taking a hot bubble bath…next to a pile of chocolate.

MY SUPER SWEET SIXTEENTH CENTURY is my first novel. I did have my own fantabulous Sweet Sixteen in high school. Sadly, it wasn’t televised.

Tell us something unique about yourself?

He he…to embarrass myself or not. Unique, huh? How about the fact I threw up on my first date (if that’s not fodder for a future book, I don’t know what is). Or that I interned at Entertainment Tonight in NYC and met Heidi Klum in her underwear (it was a shoot for a Victoria Secret commercial). Oh, oh, my husband went to elementary school with Ian Somerhalder and I have his fifth grade yearbook picture 🙂

I’ve always been a story teller. My imagination is just a crazy place. And I wrote down stories all through my childhood, even posting fan fiction for a soap opera in the late nineties. But I never considered really going for it until I became a homeschool, stay at home mom, and fell in love with reading for fun with the Twilight series. After inhaling that series like three times back to back, I had the crazy thought that I could maybe try to do that. Two months later I started my first YA book (now titled The Fine Art of Pretending, to be published with Spencer Hill Contemporary next year), six months after that I started My Super Sweet Sixteenth Century, and a few months after that I had a contract.

Tell us what inspired the My Super Sweet Sixteenth Century Series? What makes it special?

What inspired this series was my love for historical novels, and my need to read them through my modern day eyes. I wanted to immerse myself in another era and experience it the same way I would if I were able to time travel, and with the Renaissance being a favorite of mine, it was a given which era I would choose. Talking to my husband and coming up with the fun play on words for the MTV series, the fun and playful voice came to me, and the rest just fell into place.

What makes this series special, I think, is the voice. There are so many wonderful historical books and time travel tales that are darker or more dramatic, and while the characters in my series do go through their fair share of drama, what sets them apart is the tone. I like Fun and Flirty Escapes. I like to laugh while I swoon. And while all my books are playful and humorous, this series definitely takes it to a different level. And just wait until you read A Tale of Two Centuries. The swoon factor goes way up, but so do the crazy/hilarious predicaments my girl finds herself in 🙂

Which character did you enjoy writing more, Cat or Alessandra?

Oh such a hard question! I liked them both, but they are SO different. I think what’s good is that while I’m writing each character’s book, I have a total blast. There’s a sweet innocence about Alessandra, and her wide-eyed wonder at modern marvels is just hilarious to write and explore….but then Cat gets one-liners that just crack me up. She says what she thinks and has her own unique view of the world. Yeah, it’s impossible to pick a favorite lol.

Have you ever been or would love to travel to Italy? Which cities have you visited or wish to visit?

I have traveled to Italy but I want to go back so much! I visited Florence, Rome, Venice, and a few other smaller cities in a mammoth tour in college. I really, really wanted to go to Verona, but our guide ran out of time. If I went back, along with visiting the same major cities, I’d go to Verona, as well as Milan, and the city my husband’s family comes from, Corleone.

If you could travel through time, which century would you visit and where?

Why, the sixteenth in Florence, of course 😉 But besides the obvious answer (he he) I would LOVE to go to 18th century London.

Do you have any other books in the works? Any future goals?

I have SO much in the works. This year I have my adult novel debut, Taste The Heat, coming out this summer, as well as A Tale of Two Centuries, followed by the sequel my adult romance, Her Fake Fiancé, and I may have a surprise for readers coming out this December (*grin*). Then 2014 brings the third in my adult trilogy, my YA Contemporary Romance with Spencer Hill Contemporary, The Fine Art of Pretending, as well as a New Adult Holiday Romance. I then have several books scheduled for publication in 2015. It’s a very busy time, that’s for sure!

To read widely—read your genre so you get a handle on voice and style, what you like, what you don’t, as well as reading outside your genre. If you write YA, read some adult. If you write contemporary, read some paranormal or dystopian, and vice versa. You never know what will or can inspire you, and surprises lie in the most interesting places.

Besides reading, I suggest studying the craft of writing. I love books by Noah Lukeman the best, but I’ve read tons of others, too, and that’s what I did when I decided to write. I got those books, devoured them and took notes, and then I scoured the Internet for my favorite authors’ blogs on writing. Over the years I’ve also written some articles (they can be found on my blog under For Writers).

And finally, I’d put the reading together with what I’ve learned through the study of craft, and I’d dissect and study my favorite book in the genre I intend to write. For me, I broke down and studied Simone Elkeles’ Rules of Attraction. I mean I broke that book down for everything because I was curious and looking for anything that I could learn. I figured out how long each chapter was, how she varied the point of view, the balance between dialogue and introspection, each scene’s goal, each chapter’s goal, where the turning points happened, etc.; I think out of everything I did, this exercise (and the less detailed but still informational ones I’ve done since on other books) taught me the most.

Anywhere I can. I’m a homeschool mom so it never happens at the same time every day, and sometimes the location changes. It may be at my desk, the kitchen counter, the playland at McDonald’s, the library, or the hotel. In fact, that’s my favorite place—the hotel rooms my husband gets for me occasionally so I can have a weekend away to write. Quiet rocks.

How do you like to write: longhand or via laptop?

What is your favorite genre?

YA or Adult, contemporary romance is definitely my favorite. That’s what’s fun about the Super Sweet series—even though it strays from my usual genre, Cat’s voice in book 1 and the setting in book 2 allow me to have that contemporary voice and feel. I like to say the series is Fantasy/Historical/Contemporary/Romance

Dogs. I’m allergic to cats he he. And our Maltese/Shih Tzu is my baby.

Desert. But if I can have both, let’s do that J

Hmmm depends on the cake. And the ice cream. If it’s chocolate chip cookie dough, or a blizzard with Reese’s, then ice cream baby. If it’s lemon cake OR white cake with almond filling and white icing with amaretto flavoring, then I’m a very, very happy girl

I am a blessed woman. So many wonderful things have happened that boggle my mind. But to pick one, I’d say the best thing was meeting my husband (actually it was a blind double date and my friend was supposed to be my husband’s date, but that’s a story for another day lol). Meeting my husband is what led to my life as a blessed wife and mother. He’s my rock, my cheerleader, my encourager, and my partner. And wow, that just got all kinds of sappy, didn’t it???

Not at all, and thank you, Rachel!! In honor of this interview, Ketch’s Book Nook is giving away one paperback copy of My Super Sweet Sixteenth Century and a signed bookmark (INT). Open until midnight, May 9th. To enter, complete the Rafflecopter form -> a Rafflecopter giveaway

On the precipice of her sixteenth birthday, the last thing lone wolf Cat Crawford wants is an extravagant gala thrown by her bubbly stepmother and well-meaning father. So even though Cat knows the family’s trip to Florence, Italy, is a peace offering, she embraces the magical city and all it offers. But when her curiosity leads her to an unusual gypsy tent, she exits . . . right into Renaissance Firenze.

Thrust into the sixteenth century armed with only a backpack full of contraband future items, Cat joins up with her ancestors, the sweet Alessandra and protective Cipriano, and soon falls for the gorgeous aspiring artist Lorenzo. But when the much-older Niccolo starts sniffing around, Cat realizes that an unwanted birthday party is nothing compared to an unwanted suitor full of creeptastic amore. Can she find her way back to modern times before her Italian adventure turns into an Italian forever? 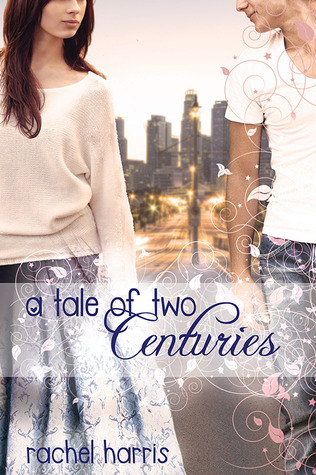 Alessandra D’Angeli is in need of an adventure. Tired of her sixteenth-century life in Italy and homesick for her time-traveling cousin, Cat, who visited her for a magical week and dazzled her with tales of the future, Alessandra is lost. Until the stars hear her plea.

One mystical spell later, Alessandra appears on Cat’s Beverly Hills doorstep five hundred years in the future. Surrounded by confusing gadgets, scary transportation, and scandalous clothing, Less is hesitant to live the life of a twenty-first century teen…until she meets the infuriating—and infuriatingly handsome—surfer Austin Michaels. Austin challenges everything she believes in…and introduces her to a world filled with possibility.

With the clock ticking, Less knows she must live every moment of her modern life while she still can. But how will she return to the drab life of her past when the future is what holds everything she’s come to love?

We got sleet in North Carolina.
Happy #Caturday!
Buy Links: https://books2read.com/Bly
In love with the same face that haunts me….⁣⁣
Usually, I make Chex Mix around the holidays. But this year, I felt like doing it after. #cooking #chexmix #cookingfun
I fell hard and fast for the son of an elite wolf pack. Then he rejected me.⁣
%d bloggers like this: