A.H. Amin has tagged me for the toughest 11 questions anyone has ever asked me! No really. It took some serious brain work to come up with several of these answers. So, I hope you’ll enjoy my rambles and answers.

1. What is the strangest thing you have ever eaten in public?

Ah… I don’t think I’ve eaten anything really strange. I mean, nothing like chocolate dipped crickets, or cooked scorpions, or monkey brains, or anything like that. Hush puppies were foreign to me when I first moved to the south. It’s basically fried cornbread and they are quite good. But, I know, boring.

2. If you had to go on an adventure, with elves, dwarves, or hobbits, who would you take and why?

Legolas! Because he’s yummy. Do I really need any other reason? LOL. 🙂 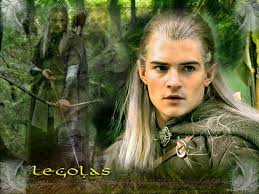 3. You are at a rural retreat lodge somewhere deep in Wisconsin or Canada. You are approached by a taxidermist who hands you a stuffed badger and asks you to put it in your lap. What do you do next?

Funny, I just go back from a Wildlife Conclave were having a taxidermied badger would have been great for one of the in-field identification stations. So what I would have done next is probably ask the guy if I could borrow it for a while.

4. If you were given biscotti, would you prefer it with coffee, tea, or hot chocolate?

Tea, most definitely. The only easy question of the lot.

5. In your opinion, who is the funniest man or woman alive today (comedian).

Okay, I have three mentions here. First off, and I’m probably going to sound old-fashion here, the best actor in comedy would be Alan Alda. I loved him ever since I first watched the M*A*S*H* series in undergrad.

Now, best stand-up comedian is probably Steve Martin. I especially love his ‘King Tut’ song, which I posted almost a year ago.

And of course, they might not be a single person, but as a group, I love BBC Horrible Histories! It’s a show where comedy and history come together. They have so many great clips on YouTube.

6. If you were given thirty seconds on television to say something, what would it be?

7. What is your idea of the most romantic date setting ever?

Oh boy… I have a lot of different fantasies, all of which I know would never happen. But lately, I’ve been looking at Nile River Curses, so I guess I would go with Egypt. Specifically, the pyramids. I can see it playing out: two people climbing one of the pyramids of Giza (kind of like in the beginning of Death on the Nile) and meeting at the top. While gazing over the scenery, they talk away, losing all sense of time, at least until the sun begins to set. And as they begin their decent, helping each other with each step, they secretly pray they will have the fortune to meet again.

Now my flat-mate has an alternative ending. She says that once they reach the top they would be panting, not talking, from the side splitting exercise they just endured. And in her version, the guy falls and rolls off the pyramid. Nice! Lesson learned: don’t tell your flat-mate your inner romantic fantasies. 😉

8. If you could go on one date with a movie or television star, who would it be and why?

Oh bloody hell, you’re killing me!! ONLY ONE MOVIE STAR!! UGH!! Okay, fine – then it would have to be Neil Jackson IV. He’s an actor that I’ve only seen twice as the villain in two different StarGate episodes: one as Khalek, Anubis’s son, in SG1 and once as a Wraith in StarGate Atlantis – and yes, I recognized him through all that scary make-up! Even with all his characters’ evil ways, he draws me in like a moth to the flame. 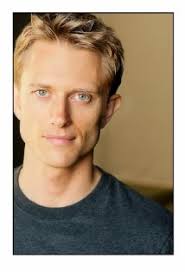 9. What is the worst song you have ever heard?

I got a few, but the worst of the worst is John Mayer’s “Daughters.” I decided not to go into details why I don’t like it. I’ll just say I find the lyrics a bit insulting.

10. If you could live anywhere else, where would it be?

First place that came to mind was the Outer Banks, North Carolina. But then there is London, England, which always feels like home when I visit. Hmm… I think I’ll need to flip a coin on that one. 🙂

11. Who- in your opinion- was the greatest person to ever live?

Oh boy… Another tough one. I could go with someone who inspires me, like Teddy Roosevelt, or say it’s my father, who unfortunately I hardly had the chance to really know him since he died when I was nine. Even my flat-mate is a great person, when she’s not poking holes into my Nile River fantasies. However, I’m going to say it’s my mum who is the greatest person. She raised me by herself as a single parent with a full time job and everything. She listens to my rambling when I need to talk or gives me my own space when I don’t. And though sometimes I think she sees something in me I don’t believe is really there – a bar I will never truly reach – she inspires me to do my best in everything.

I’m not going to pass these questions along to anyone specific, but if you want to fill them out, awesome! Just be sure to add the links to the comments. I would love to see your answers!

One thought on “11 Questions…”