If you couldn’t tell, art is a major part of my life. And to keep my mind fresh with inspiration for my The Descendants of Isis Trilogy, I’ve been turning out sketch after sketch of different Egyptian based settings, gods, and creatures. But recently, I have also expanded into watercolor and acrylic paints for the first time in seven years. The following three are what I have produced in the last three weekends, one of which is painted on wood! 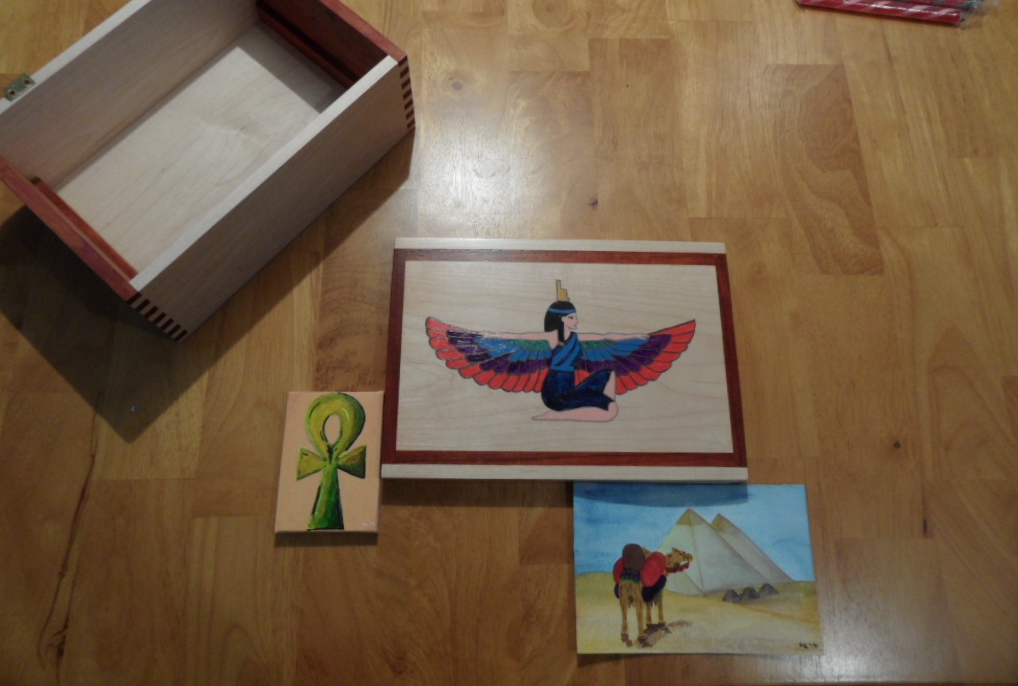 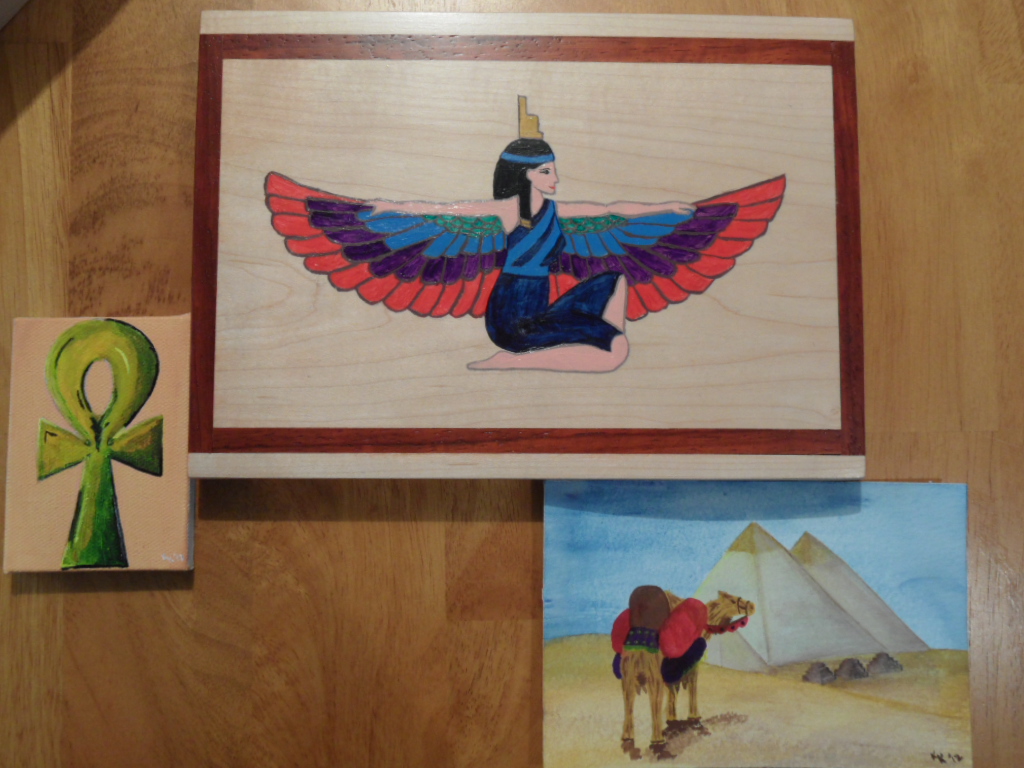 In the lower right hand corner is a watercolor painting. I titled it ‘Darn Camel,’ more because the camel was originally meant to be half the size. However, due to some miscalculations on my part, he ended up covering a little more of the scenery – kind of like if someone was taking a photograph and the camel just walked right into the picture. I still love it, even if it wasn’t what I expected.

The ‘Ankh,’ the symbol of life (in the lower left hand), was actually inspired by the third novel of The Descendants of Isis, which I’ll be starting probably in the next few weeks. It’s in acrylic, a media I haven’t worked with since high school art class. Not bad, right? I thinking of also painting the was scepter, tyet, and the Eye of Horus in a similar fashion and turning them into a collection. 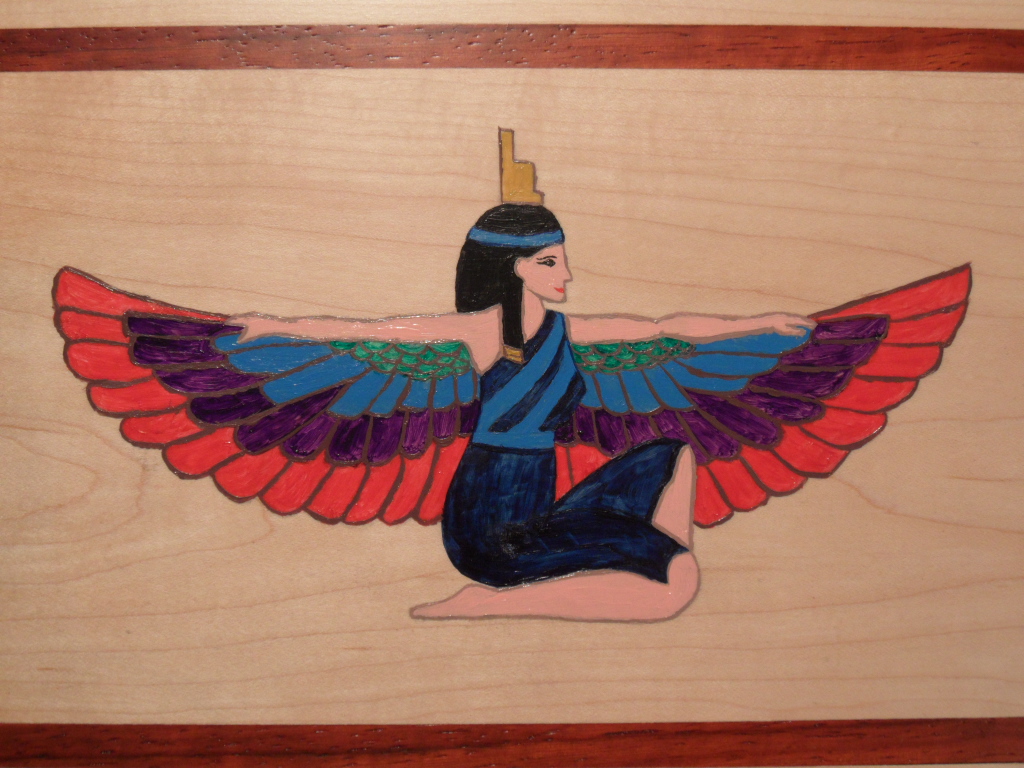 But my pride and joy is the ‘Isis box.’ It is an actual jewelry box that was inspired by the Isis box in the first novel, A Daughter of Isis (which I am still querying/ waiting for responses). I had been looking for Isis jewelry box online, but nothing came close to what I wanted in design. I wanted something close to the actual box in my book.

Now, it’s still not an exact match to the description in the novel. It’s not elaborate nor does it contain any mother-of-pearl. But my neighbor, who built the actual box for this project, added his own special touches, including using two different types of wood and creating the border seen on the lid. After several coats of polyurethane, I finally was able to painted Isis, using acrylic, similarly to what I picture the Isis relief. Beautiful, right? Now I just have to reattach the lid to the hinges and then I can start filling it with all my Egyptian jewelry. LOL.

And that’s what I have been up to, other than completing my second draft of A Son of Set. What do you think? Have you ever tried to replicate aspects or objects from novels (one you’ve written or one you’ve read)?